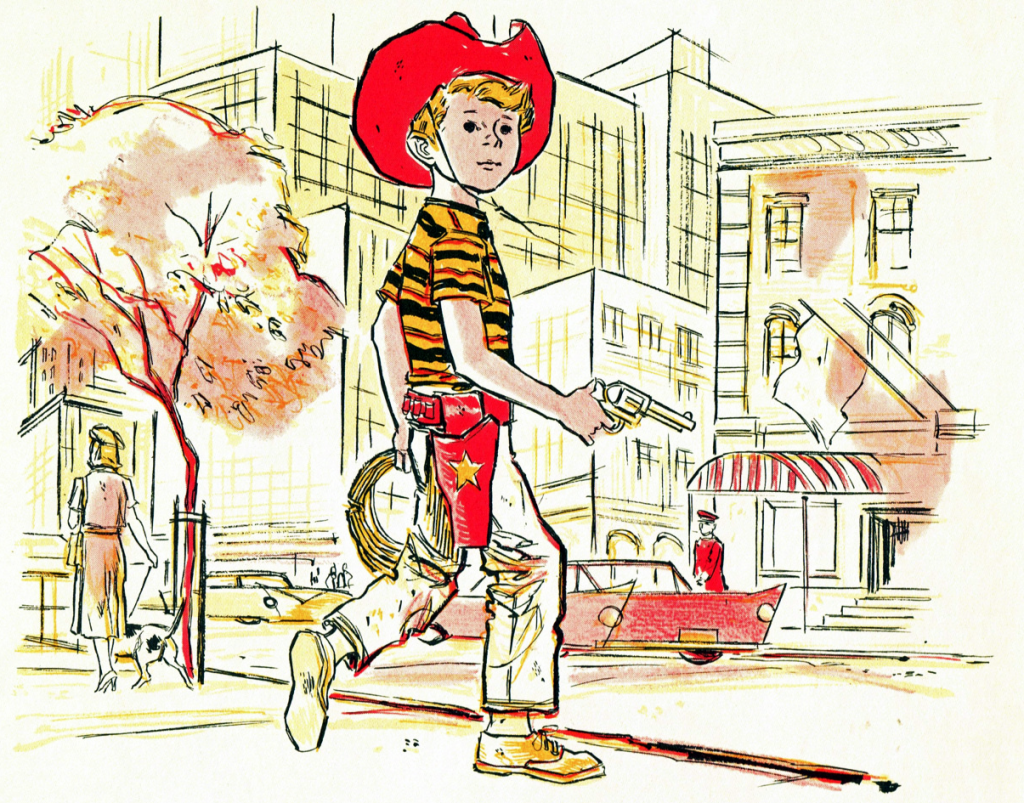 By definition, according to the first book I recall reading as a kid, I was (and, pretty much to this day, remain) a Town Boy.

Cowboy Andy, title character of that very same book, was also a Town Boy. But he dreamed of being a real cowboy.

Written by Edna Walker Chandler and illustrated by E. Raymond Kintsler, the first edition of “Cowboy Andy” was published in 1959 as part of the Beginner Books series, endorsed by none other than The Cat In The Hat himself.

Andy fell on the spectrum somewhere between Dennis The Menace and Opie Taylor — not a trouble-maker, but not an angel, either. Andy figured that ridin’ and ropin’ and firin’ his six gun was all there was to being a cowboy.

Once he arrived on a real, live ranch, however, Andy learned that everything was a bit different. He also learned that Cookie, the aptly-monikered camp cook, was in no mood for Town Boys that wanted to play at being cowboy on his dime.

Bottom line: Town Boy Andy learns to ride and rope, deals with his first case of being saddle sore, makes it to the big rodeo, gets thrown — but gets back up and rides again, earning the grudging admiration of Cookie.

It’s a quick, action-packed read, whether you’re a kid of 6 or 60, and it’s still available in its original 1950s edition.

Please note: The fictional Cowboy Andy is not to be confused with the real-life Cowboy Andy.