So, who exactly is this “Cowpoke”? Well, think of us as the old jukebox over in the corner of your favorite beer joint. Grab a tall, cold one and find a seat at the bar! 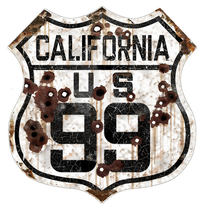 We concentrate on the artists that worked the Hiway 99 Circuit in Central California, from Bakersfield up through Visalia, Fresno, Merced, Turlock, Modesto, Stockton, Lodi, Sacramento, and every little burgh in between, back in the 1940s on through the 1960s. You’ll hear plenty of original Country & Western tunes, with a heapin’ helpin’ of Western Swing, Hillbilly and even a bit of Bluegrass.

From our elegant penthouse studio upstairs in the landmark Brichetto Building, right across bustling Seventh Street from the historic Banta Inn in downtown Banta, Calif., Cowpoke Radio broadcasts locally on AM and FM, and all around this cotton-pickin’ planet via the Interwebs.

Click right here to take a gander at our program schedule. 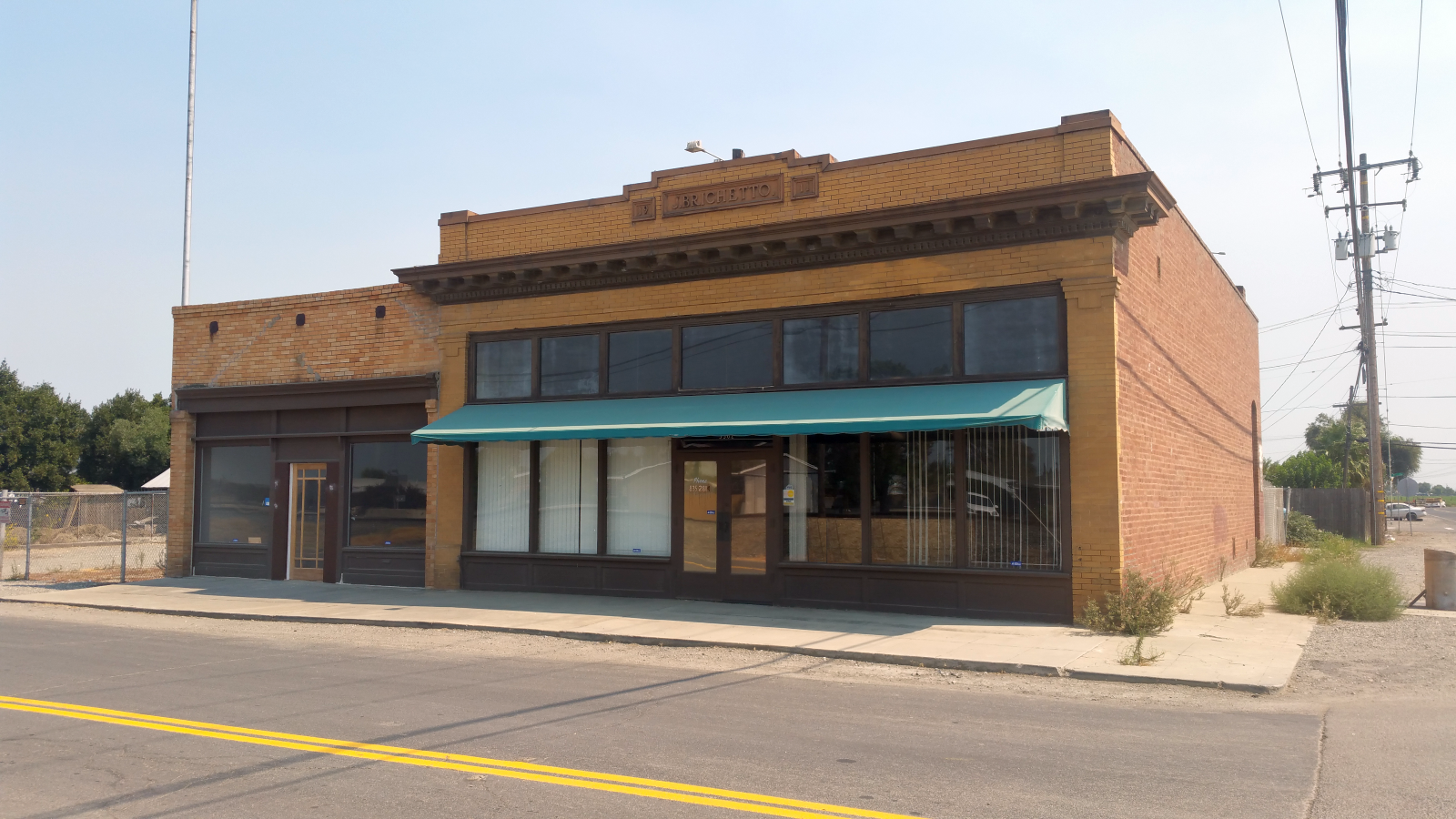 Come again? “Binta Banta” is the question we ask all the time – for non-Bantans, that’s shorthand local lingo for “Have you been to Banta?” to which the only acceptable reply is “Of course I’ve Binta Banta!”

For a tiny little burgh that’s only a couple of blocks wide and barely a speck on the map, Banta’s got a ton of authentic Cowpoke character! While it takes only a handful of minutes to walk the entire downtown (and even less if you walk fast) you’ll find Nicolas Canale’s old original wooden Banta General Store, built in 1911 down near Grant Line Road; the beautiful brick-fronted J. Brichetto Building, constructed by Giuseppe “Joseph” Brichetto in 1911 at the corner of G and 7th streets; and the historic Banta Inn, catty-corner from the Brichetto, which first opened its swinging doors as a saloon back in 1879.

Canale and Brichetto, who were brothers-in-law – Joseph was married to Nick’s sister – had also once been business partners, starting a grocery store together back in 1886, but they split up and started competing enterprises around the time the Lincoln Highway came through.

Although their split is said to have been acrimonious, they could still be seen from time to time at opposite ends of the Banta Inn’s bar, tossing off an occasional scowl at each other.

By the way, Mr. Brichetto is responsible for three famous local edifices – the building bearing his name here in town; the former Brichetto family mansion a mile or so down Eleventh Street, which is now the home of Tracy Elks Lodge No. 2031; and his final resting place, Brichetto’s Tomb, in the hills south of here, overlooking the broad expanse of land he once owned.

In the mid-1850s, before it was known as Banta, the small settlement – a roadhouse, corrals and a few buildings at the head of the West Side-River Road – was actually known simply as the town of San Joaquin Valley.

At that time, this was the last outpost on the stage road between Stockton and San Jose, served by the McCloud Stage Company – nothing but a dusty trail from here through the Diablo Hills until you reached the Southbay half a day later. (Yes, Altamont commuters, some things don’t change.)

Back in the early 1910s, Banta was a key stop along the original Lincoln Highway, the nation’s first thoroughfare that linked the east coast to the west. And those train tracks that run through downtown Banta? Why, those tracks carried the original Transcontinental Railroad on its route from San Francisco to points east!

Next time you’re traveling through the magnificent San Joaquin Valley on Hiway 99, head west from Manteca or Lathrop (north of Modesto, south of Stockton) and take the Tracy exit up 11th Street (old Hiway 50, and part of the historic original Lincoln Highway). Stay in the right lane and hang a right on Grant Line – or Banta Road, if you miss your turn at Grant Line – and in minutes you’ve arrived!